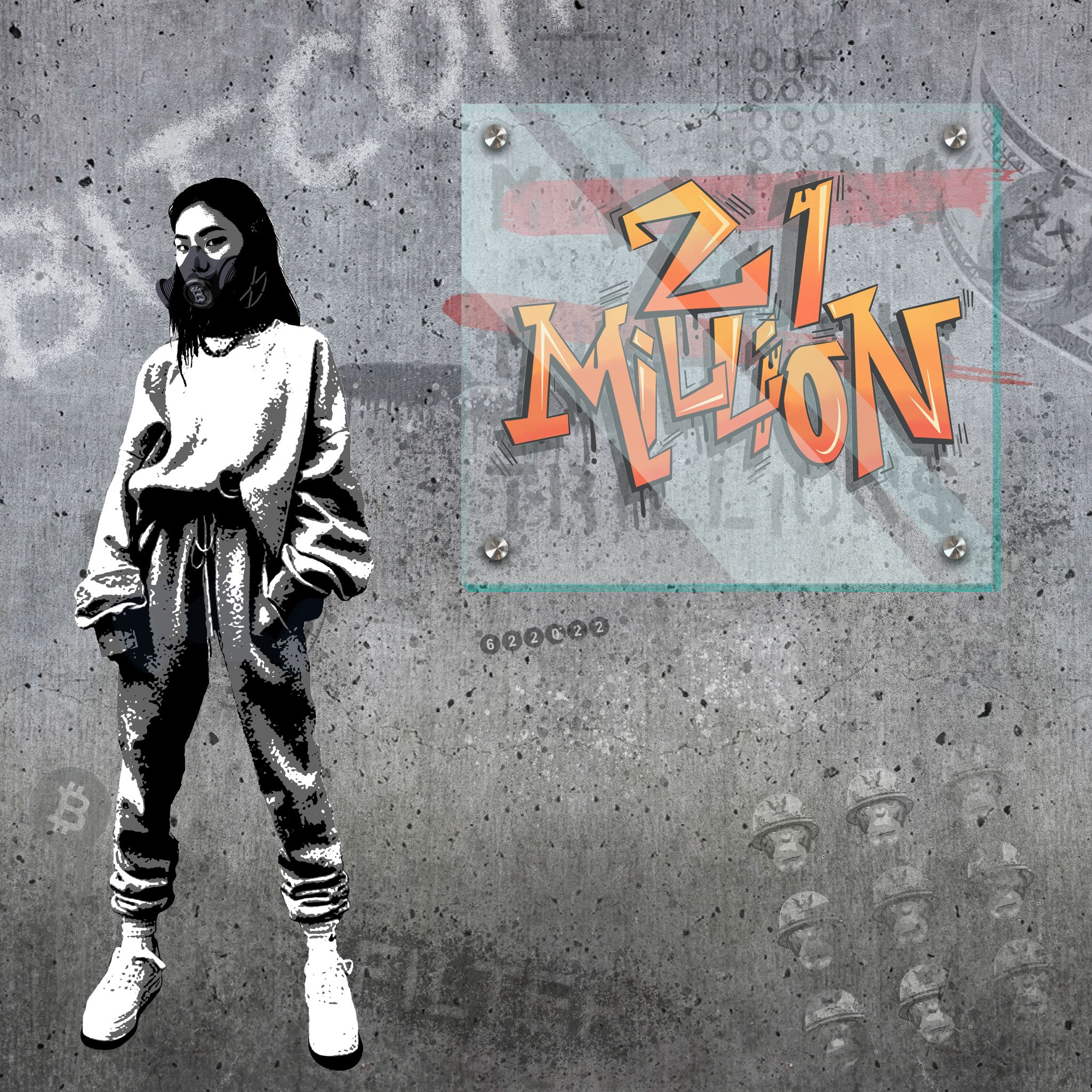 21 prints will be produced of the two alternative states. These will be sold in a set upon completion of the "Fed Monkey Series". There will also be an original painting created, available for purchase separate from the NFT --- Fed Monkey Series is a body of work that serves as a timestamp for our current political and economic climate. It is meant to showcase the complete loss of control by the Federal Reserve and provide us with a solution to these issues. This solution allows the people to take back control and gain independence from this broken and oppressive system. At the completion of each artwork, the current block height of bitcoin is inscribed somewhere in the piece. --- "(un)limited" is the first in the series. In one state, you see the Fed Monkey injecting fiat into the system by simply painting words onto the wall using the only tools he knows, quantitative easing and bailouts. With his official federal reserve badge, he adds "Millions" "Billions" "Trillions" into the markets. None of it means anything, just writing bigger numbers on the wall until the ruling class approves. And the bailouts? Those keep getting bigger too. The bailout money is for corporations and their shareholders, not the working class. Maintaining the current System requires the rich get richer while the poor stay poor. --- In another state, the previously black and white background has been colored in, while the "Millions" "Billions" "Trillions" has faded. The girl, wearing a protective bitcoin gas mask, provides a solution to the broken system. She paints directly over the quantitative easing and bailouts, with the number "21 million." This number symbolizes the hard-capped supply of bitcoin. To show the unchangeable nature of these 21 million bitcoin, she mounts an unbreakable piece of glass directly over her painting. The message is clear, opt out and start stacking sats.